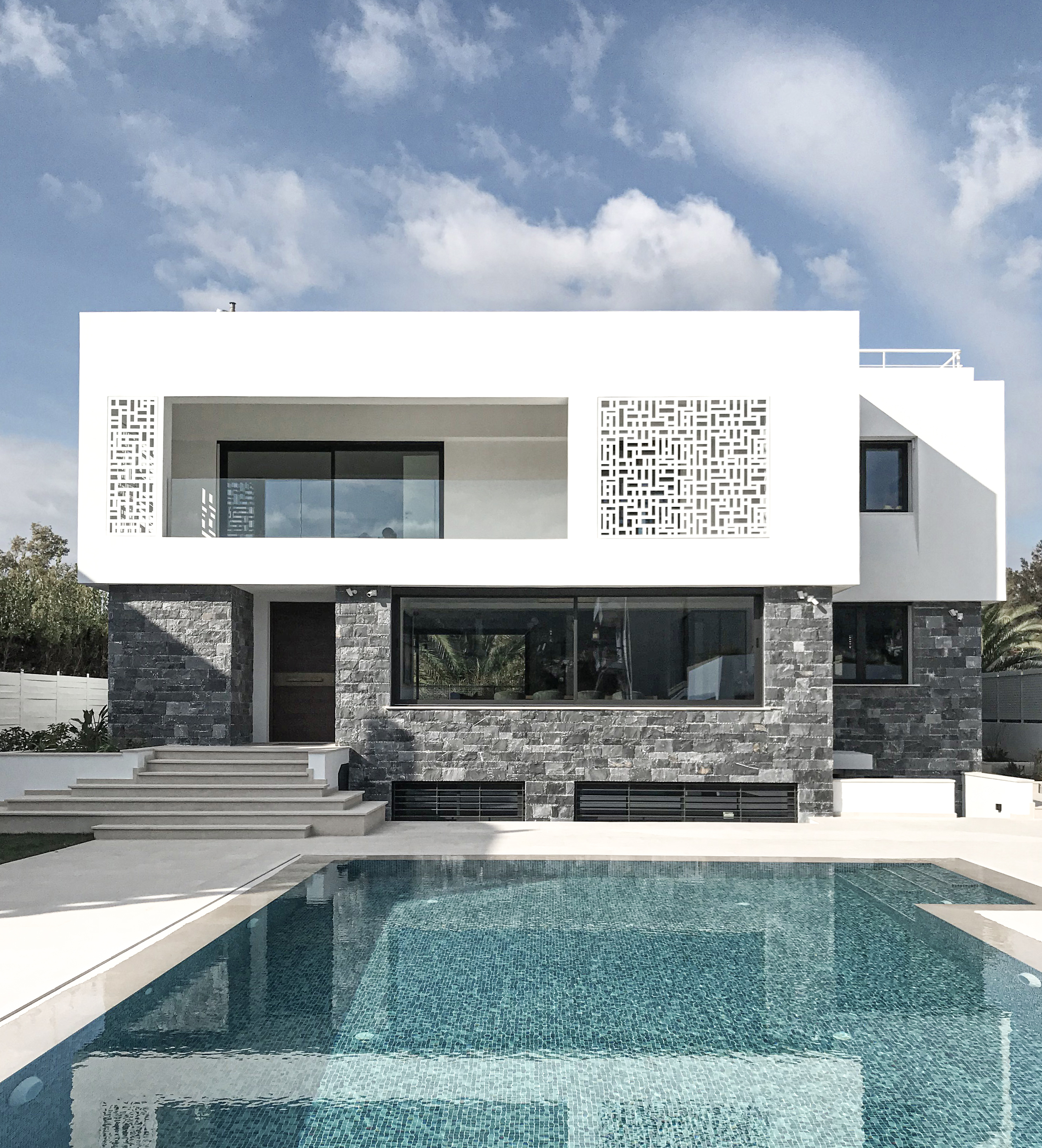 When the client first approached us, the construction of the house had already begun according to the aesthetics of the previous owner.  The new owner wished a complete renovation of the existing house in order to make his dreams come true and fulfill his expectations.

The general spatial configuration from the previous design had to be retained for the organization of programs in the plan. The volume, the facades and the materials were completely redesigned. We opted to carve a series of openings out of the main mass. Cuts were made at acute angles and the windows were set within a slight tilt. By partially masking the windows, we were able to create shadows that minimize solar heat gain while allowing for diffused light to enter the house. On the other hand, the south elevation (facing the pool and the main courtyard) benefits from deep set openings and balconies that maximize both views and shade. The exterior volume consists of a white orthogonal mass sitting on a stone plinth base.

The stone wall, the white walls, the curved openings and the PVC building façade create a playful contrast energizing the in between spaces. 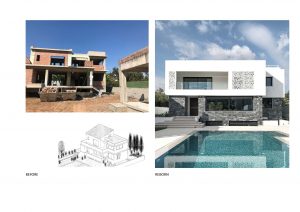 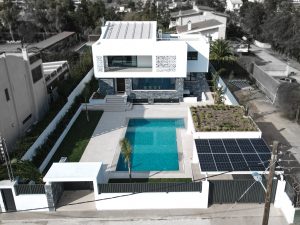