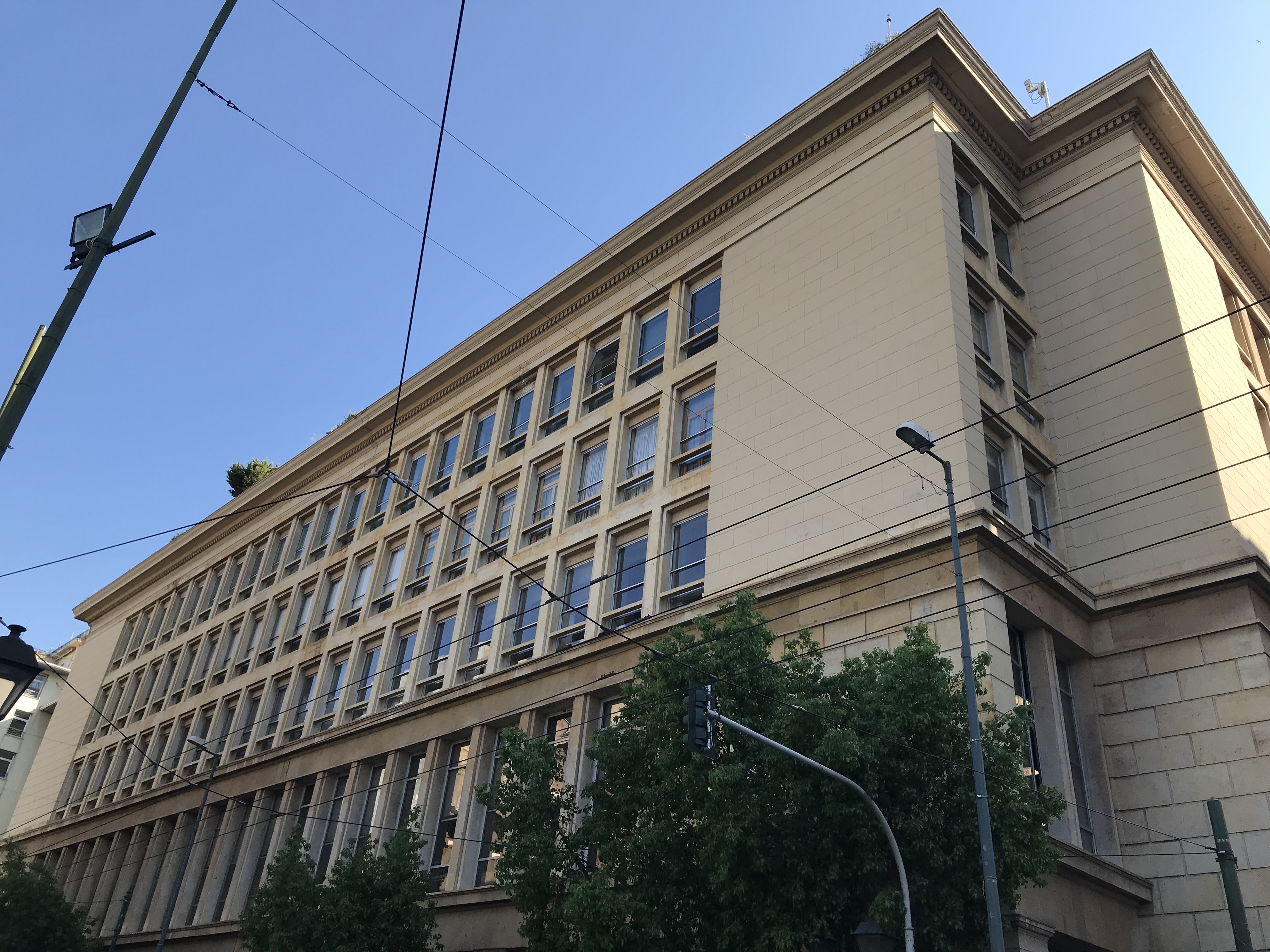 A landmark building exuding a sense of stability and trust. With its main entrance on Panepistimiou Street, the building initially had four floors. After a number of extensions over the years, the Head Office eventually expanded to the entire block, and a fifth floor was added in 1982.

After World War II, the building was initially expanded towards Omirou and Edouardou Lo Streets and later, by the 1970s, to Stadiou Street, thus covering the entire block (more than 6000 m²). The latter project was designed and supervised by the Technical Service led by  architect A. Papanastasiou, on plans by architect N. Sapountzis and with E. Vourekas as consultant architect. Visible in this new wing are post-war architectural perceptions and a harmonious blend of different styles  in the new façade on Stadiou Street.

The building, listed as a historic monument in 1989, is a typical example of the classicist and rather austere public architecture of the interwar period in Greece.

Apart from the structural and functional specifications, the building had to meet certain stylistic requirements, such as a simple and unpretentious design and to convey stability and authority consistent with the Bank itself.

The Bank of Greece, responding to the need for sustainable development and its pioneering role, is proceeding with the energy upgrade of its facilities.

The energy upgrade and the implementation of energy interventions such as the replacement of all the external windows (frames and glass) of the historic main building, is a very complicated procedure. 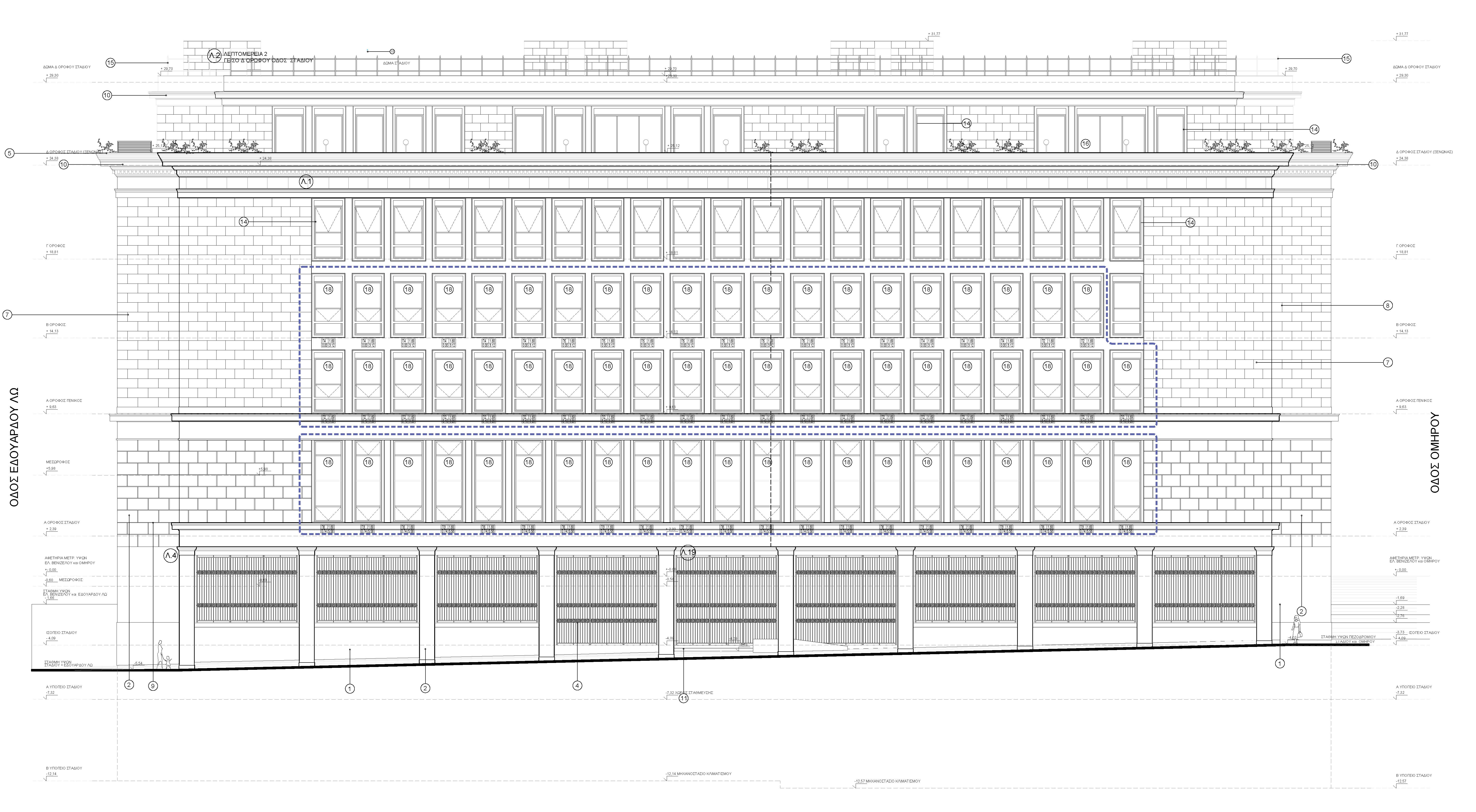